This campaign will take place on Roll20. Please join the campaign there and create your character.

Our story begins in the forested realm of Drogora, which is home to much of the remaining population of the dragons as well as their elven friends, lovers, and associates. Much of the population has at least some small trace of dragonblood. Those whose ancestries do not intertwine with dragons’ are part of the fairly small percentage of immigrants. With the recent unrest in Zerata, and elsewhere in the world, the Inter-Realm Bureau of Investigation put out a call for adventurers to investigate on-the-ground in Zerata. From the dozens of applications, yours were selected. You have been asked by IBI to help investigate and resolve what may be a worldwide crisis. Of course failure could mean the destruction or enslavement of the entire world. But no pressure. Are there any bad enough dudes to save the world from certain impending doom?

Please see the Introduction page for your briefing from IBI and character creation information.

The world of Eola 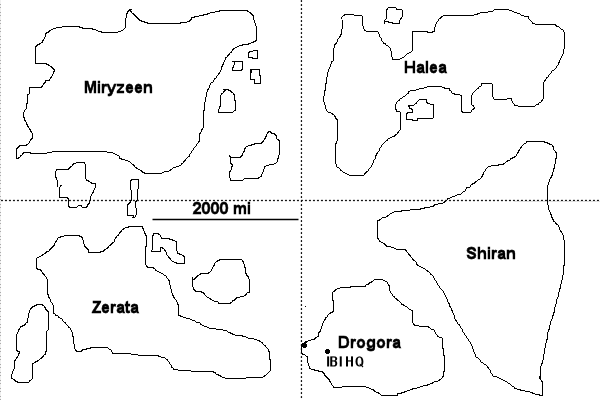 What is the BFA?
What is IBI?

The Realm of Zerata Comments