Ravillen was born in mid-Leafell in 925 7E. Her father, a prominent member of the dragon community, fell in love with a travelling changeling merchant in the early years of 7E. They settled in Drogora‘s capitol city and lived there for centuries before having a single child – Ravillen. Ravillen grew and learned quickly; by age 10 she could speak and write fluently in five languages and was incredibly skilled in the art of diplomacy. As she grew older, she used her supernatural intelligence to help better her community and the communities around her. She founded Drogora’s first public school at the age of 23, and began construction and planning on 15 more over the next year. Since the time she learned to speak she made it her mission to speak out for those who were silenced, bullied, and oppressed.

In her mid 40s, Ravillen began to travel not only around Drogora but also around other realms. Her realms of choice were Halea, and its vassal realm Miryzeen. After the mostly peaceful Drogora, the civil unrest and prejudices of Halea struck her hard. She spent her time helping the helpless and those who needed to be protected. Haleans were a hard people set in their ways, and after many fruitless attempts to promote racial tolerance and law and order, she turned her sights on Miryzeen where she felt she could actually make a difference.

She spent the next 500 years policing cities. Over the course of a human lifetime, she would take a crime-ridden, politically-corrupt, heap of a city and turn it into a pleasant place to live. Then she would pick a new city and repeat the process. In 7E 1475, just before the Drow Rebellion began in earnest, she was travelling to a new city and came across a church town of Kord being attacked by a group of heavily-armed drow.

Upon entering the town, she saw hundreds of bodies strewn every which way. The remaining drow force – around 30 of them – were doing all they could to get inside of the barricaded church. Ravillen single-handedly destroyed all of the attacking drow. Upon opening the church doors afterwards, she found over a hundred children and a handful of wounded clerics of Kord. She tended to the wounded, and offered to stay awhile to ensure their safety. That night, Kord himself travelled to the Material plane to visit Ravillen and bestow upon her an enchanted greatsword. Over the next few years, and many similar heroic acts, she gained the favor of multiple different gods. In the year 7E 1523, a couple years shy of her 600th birthday, she was called to the Celestial plane and offered a chance to follow the path to godhood, which she humbly accepted.

Ravillen stayed on the Celestial plane for almost 30 years, and when she returned in the year 7E 1551 she found the world a very different place than when she left it. She found Miryzeen, her second home, utterly destroyed. Heartbroken, she immediately travelled to the newly-formed Zerata where she put her grief and rage to good use – working with the two founding families in Mephecite to establish security and order, and helping to train many folks in the highly organized Zerata Militia. Here, she would meet Jerek, and after many decades working together for the betterment and safety of Zerata, she took him as her consort.

While her abilities as a fledgling god were still limited, she did what she could to grant boons to mortals. She used her vast knowledge of history to guide the creation of laws in Zerata and continued her passion of opening public schools.

Her continued presence and work in the Material plane quickly drew devout followers – many of whom were former drow clerics of Lolth – and the first church dedicated to her was erected in 7E 1586. It preached her values of equity, tolerance, and education, and was the first church in Zerata to include drow in the clergy. Her clerics were often praised as world-renowned historians. Many of them how serve the IBI archives. Each church dedicated to Ravillen has a barracks to shelter travelers, the homeless, and the down-on-their-luck, as well as multiple schoolrooms in areas where schools had not been established.

Two decades ago the crime rate began to slowly increase across Zerata. 15 years ago, Ravillen began to hear rumblings that Naïlo may still be alive, and may be planning another attack. She joined forces with IBI and the BFA and began travelling through the destroyed Miryzeen and its Underdark looking for any information she could find. With IBI’s blessing, her consort Jerek has set up a task force to help investigate and solve the persistent problems in Zerata.

Much of Leafall is spent celebrating Ravillen, culminating on her birthday L2-11 which has become a holy day of feasting in Zerata and Drogora. The first month of Leafall, worshipers donate their time and money improving their community – they volunteer their time to share their knowledge as storytellers, or expertise as soldiers/crafters/tradespeople; donate money to Temples of Ravillen or other worthy causes in their towns; take in the needy; or any number of similar acts of devotion.

The first 10 days of the second month, worshipers bequeath 10 gifts to people or organizations that are important to them. These range from small, meaningful trinkets to large donations to churches and humanitarian causes, and often include the gift of knowledge in the form of ballads, epic poems, plays, and other written word. Theaters and performance houses are at their busiest during these 10 days as the crows pack in to enjoy new histories recently unearthed, or newly-written epic tales of historical events.

The celebration ends on the 11th day of the second month of Leafell – Ravillen’s birthday. Entire villages, towns, and cities come together for a full day of feasting and celebrating. Citizens often provide extra food to make sure the less fortunate are able to eat like royalty for the day. Unlike other celebrations, few drink in excess, feeling it improper to get drunk on this holy day. The celebration ends in the evening with many, if not all, residents packing up and preserving food for the most needy to take home. 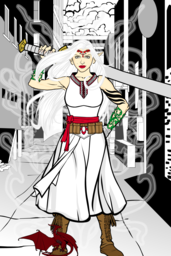